We have got independence from British on 15th August 1947. Most of us living today are born after independence. And, not so familiar with the history behind the independence. 1st August to 15th August 1947 are significant days in history. After 71 years, it makes sense for us to recollect the history of those days. Sri Prashant Pole will be writing a series to present this history to us. This will be a series of 15 articles. We will be publishing them all for you.

This day was meant for a meeting with Maharaja Hari Singh. Ramchandra Kak, the Diwan of Kashmir State, had handed over a formal letter in this regard on the day of arrival itself of Gandhiji in Srinagar. Today, the morning of August 3rd, was same as others for Gandhiji. Although it was month of August, there was quite cold in Kishori Lal Sethi’s house in. Gandhiji was awake in the wee hours as was his daily routine. His granddaughter ‘Manu’ was next to shadow for him. So she too woke up when Gandhiji woke up.

Manu would sleep with Gandhiji. About a year ago, during his tour of Noakhali, Gandhiji started sleeping with Manu along with him in bed. This was one of experiments of ‘truth’ for him. With his transparent and pure heart, Gandhiji never sensed any wrong in this. But this news had become very popular. The Congress leaders were left red-faced. The public opinion started turning against Gandhiji. Finally, Manu separated herself from Gandhiji when he embarked on his Bihar tour after completing Bengal’s tour.

Here in Srinagar, it was not like that. And Gandhiji living with his granddaughter was no more a novelty that would arouse curiosity for people. Gandhiji’s morning prayers were over before the sunrise and he busied himself in cleaning his staying place.

After everything was over, Gandhiji entered Gulab Bhavan, the royal palace of Kashmir’s king Hari Singh at about 11 AM. Even though this meeting with Gandhiji was against the wishes of Maharaja, yet he did not leave anything wanting in welcoming the former. Maharaja himself was standing with Maharani Tara Devi to welcome Gandhiji in the premise of royal palace. Yuvraj Karan Singh was also present there for the royal welcome. Maharani Tara Devi welcomed Gandhiji with a traditional welcome by smearing tilak on his forehead and a pancharati.

(A copper plate has been placed on the tree under which Gandhiji and Maharaja met in the royal palace Gulab Bhawan, but the month mentioned on the plate of their meeting is wrong. Gandhiji met Maharaja in August while the date mentioned in June 1947). No trace of any kind of pressure on Gandhiji was visible in that palace. He had a very casual demeanour. Maharaja and Gandhiji had a hearty talk. However, Gandhiji never told Maharaja to ‘join India’ anywhere’. Saying so, in Gandhiji’s opinion, would not be appropriate. It would have dented his image. According to Gandhiji, he was the patriarch of both countries – India and Pakistan. Unfortunately, however, he didn’t know that the Muslim leaders, who demanded Pakistan, saw him as Hindu, hated him and hence, Gandhiji had no place in Pakistan…!

Since Gandhiji had nothing to say on what stand State of Kashmir should take after the exit of British, there was not much political discussion. However, Gandhiji’s this visit resulted in the implementation of Nehru’s agenda on Kashmir. This meeting took place on August 3rd and the Maharaja relieved his trusted aide and Kashmir’s Diwan Ramchandra Kak, who placed Nehru in prison, from the service on August 10th. Another effect was that Nehru’s close friend Sheikh Abdullah was released from Kashmir prison on September 29th.

On the surface, the outcome of Gandhiji’s visit seems to be limited to this. Had Gandhiji demanded to Maharaja to join India, instead of these two demands or along with them, Kashmir’s ascension to India would have happened in August 1947 itself, without waiting for October 1947 and the Kashmir problem, that has arisen today, would not be there…

But that was not to happen…!

A small town situated at the foot of the Himalayas. It was named Mandi after the sage Manu. A spectacular place located on the banks of the Vyas (Beas ) river. It was a cute and cosy Princely State in 1947. However, the king of the State was toying with the idea of his own kingdom after unyoking from British rule. The state and Narendramandal, the organization of the Princely State, were full of chaos. In the meantime, the king of neighbouring Sirmaur State also decided to have his own state without joining India. Now, they understood fully well that having so small independent states was impossible. These Princes came to know that Maharaja of Kashmir too was thinking of keeping his state independent.

Then, these two kings put forward a plan of having a ‘Greater Union’ of hilly states in Jammu-Kashmir, Punjab and Simla. They had met Lord Mountbatten just a week ago. He wanted some time to think about this plan. Therefore, they could not sign the letter of accession in India in hurry and asked for more time for doing so.

Sitting in his grand and pompous office of Viceroy in Delhi, Lord Louis Mountbatten was reading the letter by those kings again and again. As many kings would insist on remaining independent, the British would be put in more hassle at the time of leaving India. Therefore, Mountbatten would not like such small states to remain independent. Still, for the sake of democracy and for the sake of his post, Mountbatten started writing a letter to Sardar Patel in this regard.

Despite knowing that there would not be a favourable decision on it, as he wrote the letter in the afternoon of August 3rd, Mountbatten requested Patel to allow some more time to kings of Sirmaur and Mandi on the Letter of Accession.

Dr. Babasaheb Ambedkar was in Delhi today. He had a slew of works since last few days. The party workers of his Schedule Caste Federation were coming to him from all over the country for various works. A lot of correspondence was still pending. Babasaheb could not find enough time for his favourite task – reading. But Babasaheb liked this situation. In fact, when there was a load of work and he had to immerse himself in it, Babasaheb saw it as a parvani.

That is why when Nehru asked him last week about joining his Cabinet, Babasaheb gave an affirmative reply but he also said, “There is not much work in the law ministry. So give me a responsibility with much work.” Nehru had said smilingly, “Surely. A heavy task is coming to you.”
And this afternoon, Babasaheb received a letter from Prime Minister Jawaharlal Nehru. The letter noted that he was appointed as the first Law Minister of independent India.

This was an important and joyous occasion for Babasaheb and his Scheduled Caste Federation…! Cyril Radcliff had a harrowing time in the extreme summer of August in Delhi. This fearless and impartial judge from Britain assented to come to India and work on the plan of partition because Prime Minister Atlee had appealed to his consciousness and exhorted him to do so. Mountbatten wanted someone with little knowledge of India to draw the line of partition. Justice Radcliff knew nothing about India.

However, Radcliff came to understand how big burden it was to ‘know nothing’. An expansive terrain, rivers, streams, network of canals and one was to draw just one line on this expansive land that would render many non-existent. The land tilted by generations would turn foreign. That one line will ruin many a people…

Mr. Radcliff knew this very well. And he was trying his best to bring about partition in a judicious manner. Three rooms in his bungalow were flooded with documents and different types of maps. Much of his work was finished today August 3rd. Some controversial places were remaining in Punjab and he was giving finishing touches to them. And at this juncture, he received a letter written by Major Short. Here was a completely regimental man, a typical British. He had written the letter to convey the reactions from masses to Radcliff. His words in it were, “The people believe that Radcliff will decide as told by Mountbatten”.

Radcliff got thinking. This part of the letter was somewhat true. Mountbatten certainly had some influence on Radcliff.

August 3rd. At around 4 PM, a press note came out from Jawaharlal Nehru’s residence at 17, York House. Since this was a turbulent time, press notes would come out or press conferences would held daily. However, today’s press note was special. This press note was going to assume a huge historical importance.

Through this press note, Nehru had announced the names of his cabinet colleagues. Independent India’s first cabinet. And that’s why this press note had a unique significance. The names given by Nehru in it appeared serially as followed –

Among these 12 members, Rajkumari Amrit Kaur was the only woman. Dr. Babasaheb Ambedkar was inducted in the cabinet as the representative from Scheduled Caste Federation, Dr. Shyama Prasad Mukherjee from Hindu Mahasabha and Sardar Baldev Singh from Panthik Party.

Elsewhere, a press note from Ram Manohar Lohia had reached the offices of newspapers that disappointed many a Goans. Lohia informed the Goans through this press note that ‘Goa’s freedom is not possible with the independence of India. Therefore, people of Goa should continue their struggle for independence as such…!”

Away from all these development and raging fire of partition, it was day of conclusion for the meeting at Devachi Alandi in Maharashtra of the Communist activists working in Congress. Workers were brainstorming since the previous day.

Finally, it was decided that a separate group within Congress and with the Communist ideology, thinking of interests of farmers and labourers should be set up. It was decided that Shankarrao More, Keshavrao Jedhe, Bhausaheb Raut, Tulsidas Jadhav etc. should collectively lead this group.

A new Communist Party was emerging in Maharashtra…

It was Gandhiji’s last day of stay today in Srinagar. He was to leave for Jammu the next morning. So it was Begum Akbar Jahan had the privilege of hosting this evening’s dinner.

She had duly invited Gandhiji to the evening dinner. With Gandhiji’s friendship with Sheikh Abdullah, there was no reason for him to turn it down.

Sheikh Abdullah was in jail, yet Begum Sahiba had a gala of dinner party in his absence. The workers of National Conference were looking after all the arrangements. Begum Sahiba herself and her daughter Khalida were there to at the door to welcome Gandhi.

Gandhiji observed that royal pomp and he become uncomfortable. Any dinner in his imagination could not be so royalistic. Still, expressing his fair reservations to Begum Sahiba, Gandhiji stayed there at the dinner till last…!

The uncomfortable night of August 3rd was moving forward. Millions of rich families were coming to the partitioned India as refugees through Lahore, Pathankot and elsewhere in Bengal. Fear of life, frustration of leaving the hardly earned properties and becoming refugees, bodies tired with hunger and thirst…

India had just 10 nights before being split…! 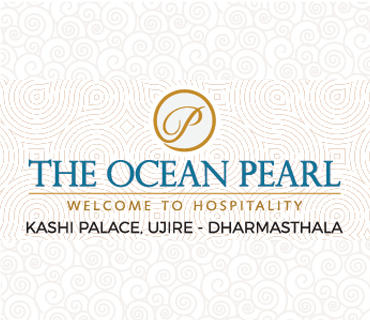