Year 1610 is most memorable in the history of astronomy. That is when the questioning of Catholic dogma began, led to the Renaissance later on. That is the year when Galileo took up his telescope to discover the myths of earth, galaxy and unleash the untold story of universe. Much earlier to him Indians had advocated that the Sun is the centre of our universe and earth was told to be in the ‘spherical’ (semi) shape. But West did not believe it until proven. Later on Science became the path for awakening of mankind.

Over the years many developments led to the improvements in telescopes of course with complexities. For instance, today we have numerous types of telescopes with various level of power, resolution, size and capacity. Hubble is one such kind of telescope which is placed above our atmosphere which helped us to envisage the knowledge of our own universe as well as other. It has enlightened our sight, belief, vision and scientific substance.

Edwin Hubble, astronomer who observed universe is expanding, for whom the Hubble Telescope is named, used the largest telescope of his day in the 1920s at the Mt. Wilson Observatory near Pasadena, Calif., to discover galaxies beyond our own. 25 years ago that is on (24) April 1990, space shuttle Discovery lifted the 11-tonne telescope into space. Then it had few flaws, failures with the working, but has successfully overcome(repaired) over the years. The Hubble telescope was launched in its orbit 552km above the earth. The joint venture between NASA, USA and European Space Agency (ESA). Hubble’s launch and deployment marked the most significant advance in astronomy since Galileo’s telescope. Our view on the universe and our own place within it has never been the same. Thanks to the success and achievement of Hubble Telescope in this regard.

For its plumes of admiration, it has travelled more than 3 billion miles. Its observations records to circa 1.2 billion. It has high speed and accuracy that is why it completes an orbit around the earth every 97 minutes at the speed of 8km per second. The Wide Field Camera (WFC) 3 provides the telescope a larger field view with higher resolution capacity.

Its one of the main achievements so far is also to determine the rate at which universe is expanding. The Hubble Constant (HO), which is the initial rate of expansion of universe through which determining the age of universe was possible. Device made it most accurate measurement. This led to the nurtured understanding that our universe is not just expanding but also accelerating. In 1994 Hubble studied the collision of a Comet with Jupiter which is believed to occur once in few centuries. It has clearly led us to enshrine the basic idea of the process of the stars’ birth. Through Hubble telescope scientists have come to the conclusion that almost every universe contains a black hole in its centre. The virtue of the mass of black hole with respect to galaxy mass has been talk of the day. Debates have continued to understand the nature of black hole in relation to universe.

I feel the most astonishing, Hollywood block blusters like GRAVITY, INTERSTELLR and many such space oriented works would not have been possible without the outstanding work of Hubble. It has not just enlarged our thinking but also inspired the interests in astrophysics to many especially the young generations. That is the reason why Hubble has become the household name around the world for its beautified captures and telling the unknown, undiscovered stories of the space science. And leading towards completely non sceptical, scientific knowledge with cause effect relationships.

Hubble has taken more than a million pictures. It has revealed regions of space where new born stars are surrounded by flat discs of dust, the building material for planets of other solar systems. Its images reveal thousands of galaxies. The faintest light we see left those galaxies when the universe was a mere 500 million years into its 13.8 billion-year existence.

Hubble is nearing the end of its life, its pictures and naive data will lead us to further acknowledgment in knowing universe in best possible way and further understanding of space in near future. Before it could finish its task and life span, NASA’s more advanced (than hubble;) ( I will still call it Hubble-2 for convenience) James Webb Space Telescope (JWST) is earmarked for launch in 2018, seven years later than originally planned. JWST has a primary mirror more than five times larger than that of Hubble’s. The mirror is made up from 18 hexagonal panels which fold up for launch. The huge mirror hopefully allow the JWST to see much fainter objects than Hubble. That would be more wonderful as well as insightful.

Do you know these wonder-ful things about Hubble Telescope! :

Hubble is 13.3 meters (43.5 feet) long – This can be compared with the length of a large school bus. It has made more than 1.2 million observations.

Astronomers using Hubble data have published more than 12,800 scientific papers, making it one of the most productive scientific instruments ever built.

Hubble does not travel to stars, planets or galaxies. It takes pictures of them as it whirls around Earth at about 17,000 mph.

Hubble has travelled more than 3 billion miles along a circular low Earth orbit currently about 340 miles in altitude.

Hubble has no thrusters. To change pointing angles, it uses Newton’s third law, Action-Equal and Opposite Reaction, by spinning its wheels in the opposite direction. It turns at about the speed of a minute hand of a clock, taking 15 minutes to turn 90 degrees.

Hubble has the pointing accuracy of .007 arc seconds, which is like being able to shine a laser beam on a dime 200 miles away. And Hubble’s primary mirror is 2.4 meters (7 feet, 10.5 inches) across.

Outside the haze of our atmosphere, Hubble can see astronomical objects with an angular size of 0.05 arc seconds, allow me to compare this with, watching a pair of fireflies in Africa from India/Karnataka.

Hubble has peered back into the very distant past, to locations more than 13.4 billion light years from Earth.

Hubble weighed about 24,000 pounds at launch and currently weighs about 27,000 pounds following the final servicing mission in 2009 with many improvements and curative modulations over the years. 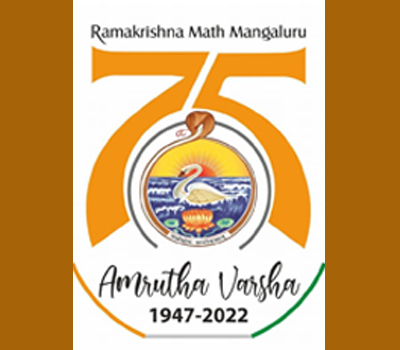